When Kekoa was born, his lungs were not functioning properly so he was transferred to Kapi‘olani Medical Center’s Neonatal Intensive Care Unit (NICU) and was placed on a ventilator. Kekoa wasn’t responding well to the treatment so he was placed on ECMO, a heart and lung bypass machine to help his body and organs heal. Kekoa’s parents, Maile and Thayne, were told that ECMO was a last resort and that his prognosis was marginal. After 36 hours on ECMO, Kekoa was strong enough to be taken off the machine and spent two weeks in the NICU before finally coming home before Christmas. “We are grateful to the outstanding team of doctors, nurses and staff at Kapi‘olani who helped us through our darkest hour,” said Maile. Today, Kekoa is a fourth grader at Kaneohe Elementary School. He enjoys reading, video games, collecting Pokemon cards, Lego, archery, swimming, fishing and martial arts. 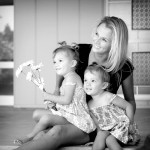 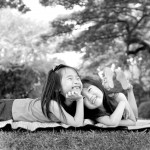